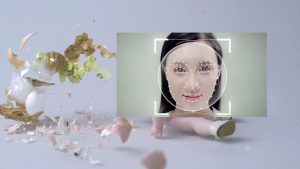 Courtesy of the artist and Soy Capitán

As the artist of Cuban descent, born in Las Palmas de Gran Canaria and based in Berlin,  Eli Cortiñas poses this question to inquiry contemporary forms of female representation and currencies of female image on the screen through ‘herstorizing’ the close-up film technique, invented by D. W. Griffith, the director of the infamous The Birth of a Nation (1915). The Close-up becomes her tool but also a conceptual frame for analyzing women identifying politicians, present cases of witch hunting, augmented and robot female bodies as new commodities.

Utilizing what exists and what is available as online, found image, sourced material, public access and public domain in addition to her sound, image and data collection, Eli Cortiñas passionately pushes the limits of re-editing in ways in which deconstructs and restructure politics of narration, our cinematic memory and filmic mental space.

Opening her installation at Synch – a redefinition of exhibition space dedicated to collections, collectives, and creative ideas- parallel with the extension of the dates for the major Ulrike Ottinger exhibition Cosmos Ottinger, Staatliche Kunsthalle Baden-Baden acknowledges critical, intersectional and intergenerational dialogues between Ottinger and Cortiñas, especially how they share common feminist perspectives, ethics and concerns on how women is represented and how women empowers our world. 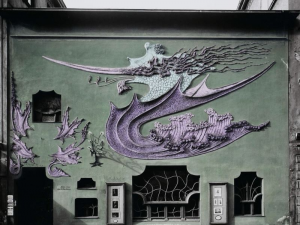 As the second part of the Synch exhibition, freely accessible in the foyer  of the Kunsthalle, a video cut of the play Bavarian Suffragettes by the  Munich Kammerspiele will be shown. The play is about the protagonists of the  women’s movement at the end of the 19th century in Munich, when women  gathered to campaign not only for women’s right to vote (the title of the  play is borrowed from the English suffragette movement), but for women’s  rights in general. Health, education and justice were the goals in which  women fought for their rights and equality and, as will be seen, still have to fight.